In 1963, on Tunica Lake (then called the Tunica Cutoff) there were 3 fishing camps. Sparkey’s then is now called Rick’s, Poor’s camp became Bordeaux RV Park, and H & R camp, now non existent and just woods. This was before Nel-Win was built. The Tunica Cutoff was, and is, the finest fishing lake within 200 miles of Memphis.

Fishing season lasted from March through August.  Come September hunting season started and most sports changed from Anglers to Hunters then.  Nearby hunting clubs were $200.00 per year if you paid at all.  Today these clubs’ members are owners where you own the land, memberships averages $135,000.00 which gives you a percentage and $5000.00 per year dues.  All that gives you what your Grandaddy paid $200.00 per year for in the 60’s.

Well the Cutoff probably drew 300 boats on a Saturday, all season.  The rest of the time 150 boats per day.

Well, land owners saw nothings but dollar signs.  he H & R Camp owners were an ole Timber family from the South Delta.  These owners, who were making a destination out of the Cutoff, put in a small run way in the wood for fly-in business.  The Cutoff airstrip can still be found today, but you had better wear boots, bring a machete, and find a veteran resident to guide you in.

Before the Casino’s came we always had gambling through slot machines.  The money from these were used to build out the hospital.  The slot machines were in the Blue & White, Watson’s Cash Store, the City Barber Shop, and most groceries stores.  In the hunting camps there was always a crap game on Saturday night.  Poker could be had at the Ray Bar, and the Round House at Poor’s Camp, which still stands today.

The Cutoff started the ole saying, “What goes on behind the Levee, stays behind the Levee.”  No truer words were ever spoken.  Lots of big businesses from Memphis had places at the Cutoff for entertaining.

The law wasn’t really allowed.  It was called if needed, but otherwise we were off limits.  This was where the well-to-do let their hair down, so to speak.  They say it started in the 60’s until today, just that way.

The Cutoff has no status, we are all the same, rich or poor.  We all love a good cold beer and a friendly fish fry.

Now the Cutoff for years had a stigma, but the flood of 2011 washed that away, except in some local folks memory.  Still though, to this day when the police are called they generally come three deep.  Legends die hard I guess.

I had a billboard on the highway.  People would call and I’d give directions.  1 out of 10 would rent.  After 2011 there was no one turning the place down.  The biggest problem today is that some don’t have an RV, however rentals are coming next year.

We’ve got what everyone is looking for.  It’s the “a” part of “pair-a-dice” and we have both, paradise or a pair a dice.  Mark Twain would feel right at home on the Cutoff today.

Safety, peace and quiet, pleasant, friendly, caring, or as we say laid-back.  Increase your life span and move to the zone of tolerance.

Escaping from the North for the winter? Heading South? Well stop by Bordeaux Point RV Park where the prices are tolerably low and the average temperature for the year is 56 degrees. Five major casinos are close and one even has a fine golf course. And if you are just trying to escape the insanity of the Northern cities, this is a wonderful destination which you will not be disappointed with.

I read an awful lot of history. Thirty-some years ago when I moved from Illinois to the South I knew very little about the South, especially the Civil War. However, I have since corrected that. Recently I read “Bust Hell Wide Open; The Life Of Nathan Bedford Forrest” by Samuel W. Mitchum Jr. The saddest part of reading that book was when I finished it. 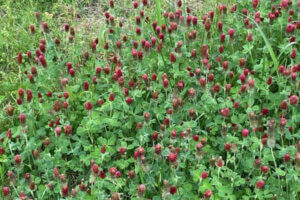 An awful lot of times folks have had problems finding Bordeaux Point RV Park, at least for the very first time. We have done our best to make it easy with signs, billboards, and we even have a map on the bottom of the website to help ya out. 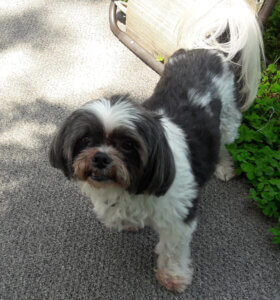 Bordeaux Point RV Park is rather secluded, from most humans at least.  Seven miles from town, the camp is so peaceful – just the way we like it.  But it doesn’t stay that way all by itself. So we thought it would be a good idea to introduce everyone to our security staff

Big Changes on the Cutoff

Before we say anything else we would like to thank Ed and PK, our friends and the creators of the Levee Commissary, and say they will both be dearly missed. At the same time, we would like congratulate PK on her much deserved retirement, which seems to be arriving for her in April.

PK has been a perfectionist as she ran the Commissary, and often times she was a blur as she oversaw the daily operations of our little oasis on the “dry” side of the levee. However, it is now official, the Levee Commissary has been sold to our neighbors, and good friends, Tracy and Tara Mallet. This promises to make the adjustment for the locals a very easy transition.

AD Applies for a Job at Tunica Manufacturing

Tunica manufacturing was a quilting plant which made furniture pads.  AD was headed there from the Lula pulp yard.  It was run by a man known as Pickerwood. He drove the lift that loaded the train cars with pulp wood.  Pickerwood lived and worked out of a green Dodge motor home parked next to an old garage.
AD was his apprentice and every Saturday afternoon they’d go to the woods and cut trees to drive stakes in the ground. They’d do this by felling the trunks on the stakes and betting who could come closest to hitting their stakes. 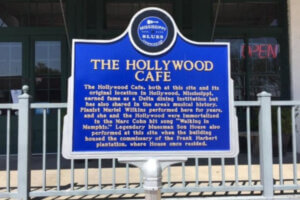 In 1969 both of my brothers were in college while I was in high school, living at home with my dad.  He had a heart condition and sugar-poor health.  Bard came home from college for the summer.  He decided he would stay out a semester and help with dad.

When Paw Was A Putting Maw

Back up to 67 years ago, our folks lived in a two story plantation house. It was the Tate brothers, my dad moved here in 1937 from Memphis to oversee the Plantation. 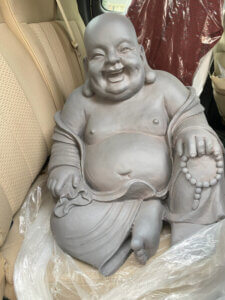 There once was a man called Big Roy, who had the gift of gab.  He ran the bait shop and think-tank here at Bordeaux Point. 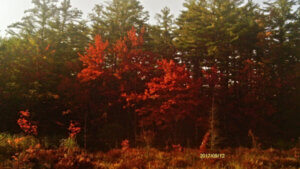 In Tait Tate’s early years, at age of 19, he went to work as a forester for the Mississippi Forestry Commission. He sent us this story. 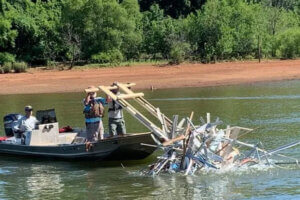 Mats For All The Fishies

Back in time, December 1985 preparing for my first up-coming Crappie season.  That’s mat building time.  All fish need structure to feed and not to be a bigger fish’s meal. 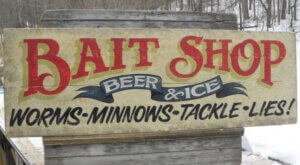 Most fisherman dream of owning a bait shop. You get to tell fishing stories all day long. The big ones you caught and the monster you lost. The hot spots on the lake. What colored gigs, different baits that are producing. Bait shopping is hard work 4 am – 6pm. But I had a hammock that stretched over the minnow tanks, for naps. These naps would give you think tank time, ways to attract more customers.

Purple are County facilities of interest,

while the Red marker is, of course, Bordeaux Point RV Park.

Purple are County facilities of interest,

while the Red marker is, of course, Bordeaux Point RV Park.

Well, we hain’t heard from Tait Tate for some time now, obviously.

But not to worry.  He usually does a kind of hibernation during the winter.  We reckon some-wheres on the peninsula but we jes’ cain’t be sure.

He’ll be back tellin’ us about the fishin’.  He always comes back.

We kinda think it has somethin’ to do with that gold coin he wears.